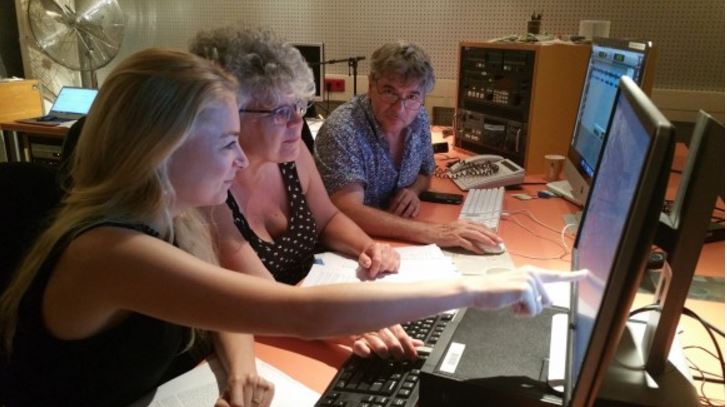 In spring 2017, I brought together an international team of reporters for an investigation into the secret World-Check database, which lists over 2 million people.

The watch list of “high risk” people and organisations is compiled by Thomson Reuters, and sold to almost all the world’s major banks, police forces, intelligence agencies and non-government organisations.

With access to a copy of the database from late 2014, we found that the list is compiled using media reports and other public sources, without further research or regular updates. Often, information is incomplete, out of date or just plain wrong.

The system is supposed to identify people connected to terrorism and financial crime, as well as senior politicians who banks must monitor for money laundering activity.

People listed on the database could find themselves refused service by banks, while blacklisted charities and businesses may lose out on grants and contracts. Thomson Reuters does not contact the people it adds to its database, and banks are forbidden from telling customers they are on the watch list.

On Saturday 24 June 2017, after months of research, we all published our findings simultaneously, in print, online and at the radio. I’m quite proud of the results, and the impact.

Not only did many other media outlets report on our exposure specifically in the Netherlands and Belgium, the matter was brought up in Dutch parliament, and the Belgian, Italian and British Privacy Commissioners started an investigation. The Moslimliga in Belgium takes World-Check to court to get removed from the list. In each of the countries, upon hearing about our investigation, people wrote to World-Check to ask a copy of the data held on them, and to get them corrected or removed.

Also, the Italian Data Protection Authority asked the EU independent data protection authority to put World-Check blacklisting on the agenda. World-Check was discussed at the meeting of the Financial Matters subgroup of the Article 29 Working Group (the representatives of all EU data protection national authorities) held the 5th of July – and is monitoring World-Check since.

Online and in print

A copy of the database as it stood in 2014 was accidentally leaked on a public internet server, where it was discovered last summer by Chris Vickery, a computer security researcher in the US.

The investigation reveals a range of questionable entries, including:

Tomaso Falchetta, a legal officer at Privacy International, said: “The risk of discriminating against individuals, groups, and communities is very high.”

Willem Debeuckelaere, the Belgian privacy commissioner, said there were multiple issues of concern with the World Check database, which he would be discussing with his counterparts across the EU.

Thomson Reuters previously apologised in court to London’s Finsbury Park Mosque, which it had wrongly listed in the terrorism category.  Lawyers for the mosque say claims from others are likely to follow.

David Crundwell, Senior Vice-President at Thomson Reuters, said: “World-Check has a clear privacy statement available on its website which sets out how any individual can contact us if they believe any of the information held is inaccurate, and we would urge them to do so.” He said that inclusion in World-Check did not imply guilt, and users of the list were told to verify the information themselves before acting on it. He claimed the list was regularly updated.

Eveline Lubbers PhD is an independent investigator and one of the founders of the Undercover Research Group and Spinwatch. She is the author of Secret Manoeuvres in the Dark, Corporate and Police spying on Activists (Pluto, 2012) and the initiator & contributing editor of Battling Big Business: Countering Greenwash, Front Groups and Other Forms of Corporate Bullying (2002).

Tom Wills is Data Journalism Editor at The Times of London. He leads a small unit of investigative data journalists, who use computational techniques to find stories hidden in data.

Cora Currier is a staff reporter with The Intercept, a non-profit news organisation based in New York that covers national security, politics, civil liberties, the environment, international affairs, technology, criminal justice, the media, and more.

Jasmin Klofta is an investigative journalist working for ARD Panorama and the NDR Ressort Investigation (research cooperation with the Süddeutsche Zeitung). She focuses on politics, surveillance and digital business.

Sanne Terlingen works as an investigative journalist. For OneWorld, a multimedia platform specialised in reporting on cross-border issues such as migration, climate change and the war on terror. And for Argos, the main investigative reporting radio program on Dutch public radio. It has a long history of exposing abuse of power and holding authorities to account.

The investigation was supported by the Journalismfund.eu.

Corporate and Police Spying on Activists

This blog is about my book Secret Manoeuvres in the Dark, events around it and future research.

In this eye-opening, ground-breaking volume Eveline Lubbers opens up a new field of research. A must-read for anyone interested in grey policing, social movements, social reform and corporate intelligence behaviour.

The exposure of undercover policeman Mark Kennedy in the eco-activist movement revealed how the state monitors and undermines political activism. This book shows the other grave threat to our political freedoms - undercover activities by corporations.

Secret Manoeuvres in the Dark documents how corporations are halting legitimate action and investigation by activists. Using exclusive access to previously confidential sources, Eveline Lubbers shows how companies such as Nestlé, Shell and McDonald's use covert methods to evade accountability. She argues that corporate intelligence gathering has shifted from being reactive to pro-active, with important implications for democracy itself.

Secret Manoeuvres in the Dark will be vital reading for activists, investigative and citizen journalists, and all who care about freedom and democracy in the 21st century.

In the recent frenzy over media phone hacking, the shadow warriors of corporate espionage have escaped scrutiny, until now. Eveline Lubbers' book shines a timely and sharp light on the dark arts of serving and retired cops, spooks and squaddies who are spying, bugging and lying for big business with impunity.